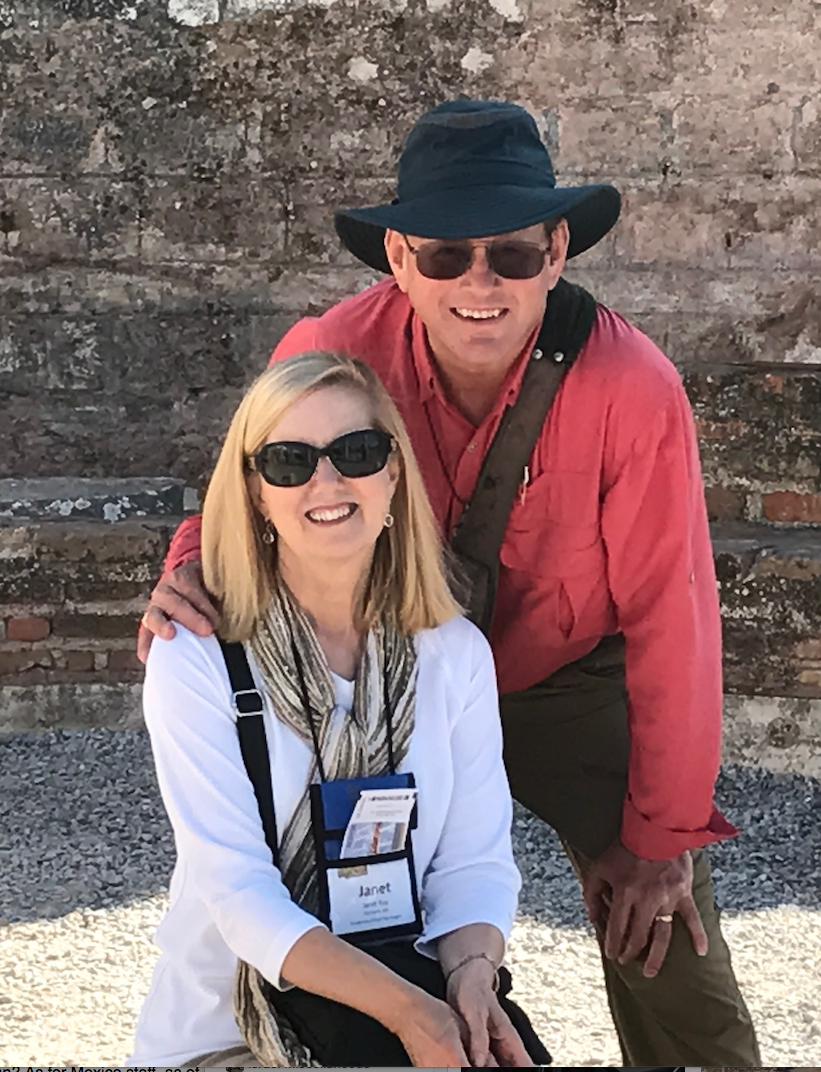 Steve and Janet Ray are the writers, producers and hosts of the Footprints of God video series. Steve is the author of five books, of which four are best selling books with Ignatius Press. He has a store on the internet. Steve also speaks around the world and is a guest on many radio and television programs.

From High School and beyond, Steve loved the Bible and studied it constantly. He taught Bible studies in various Evangelical churches. Steve and Janet married in 1976 with the express goal of proving to the world a man and a woman could live a faithful monogamous marriage and raise kids that loved Jesus too. In 1982 they began touring Europe to research their Protestant Christian heritage; even smuggling Bibles, money and medicine behind the Iron Curtain before the Wall came down.

As Evangelical Protestants, they studied in Switzerland with Dr. Francis Schaeffer at L’Abri and spent a year touring and discovering the European roots of Western Civilization and the Christian faith. Two years later they again drove through 14 countries over two months in Europe learning and exploring.

Conversion to the Catholic Church 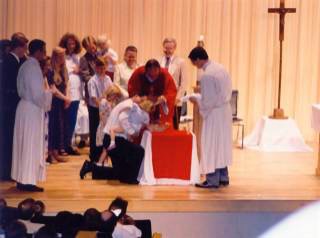 They began research and exploration in the Middle East starting with their conversion to the Catholic Church in 1994. Since then they have visited the Middle East and Europe over 200 times exploring, writing and filming in Israel, the Palestinian territories, Egypt, Syria, Iraq, Jordan, Lebanon, Turkey, Greece, France, and Italy.

So far they have completed nine of a projected ten-part documentary series: Abraham, Moses, David/Solomon, Elijah /Elisha, Mary, Jesus, Peter, Paul and Apostolic Fathers. The 8th film, Abraham: Father of Faith and Works, was filmed on location in Iraq, Israel and Turkey. Elijah and Elisha: Conscience of the Kingdom was filmed in Israel, the Palestinian Territories, Jordan and Egypt in 2018. 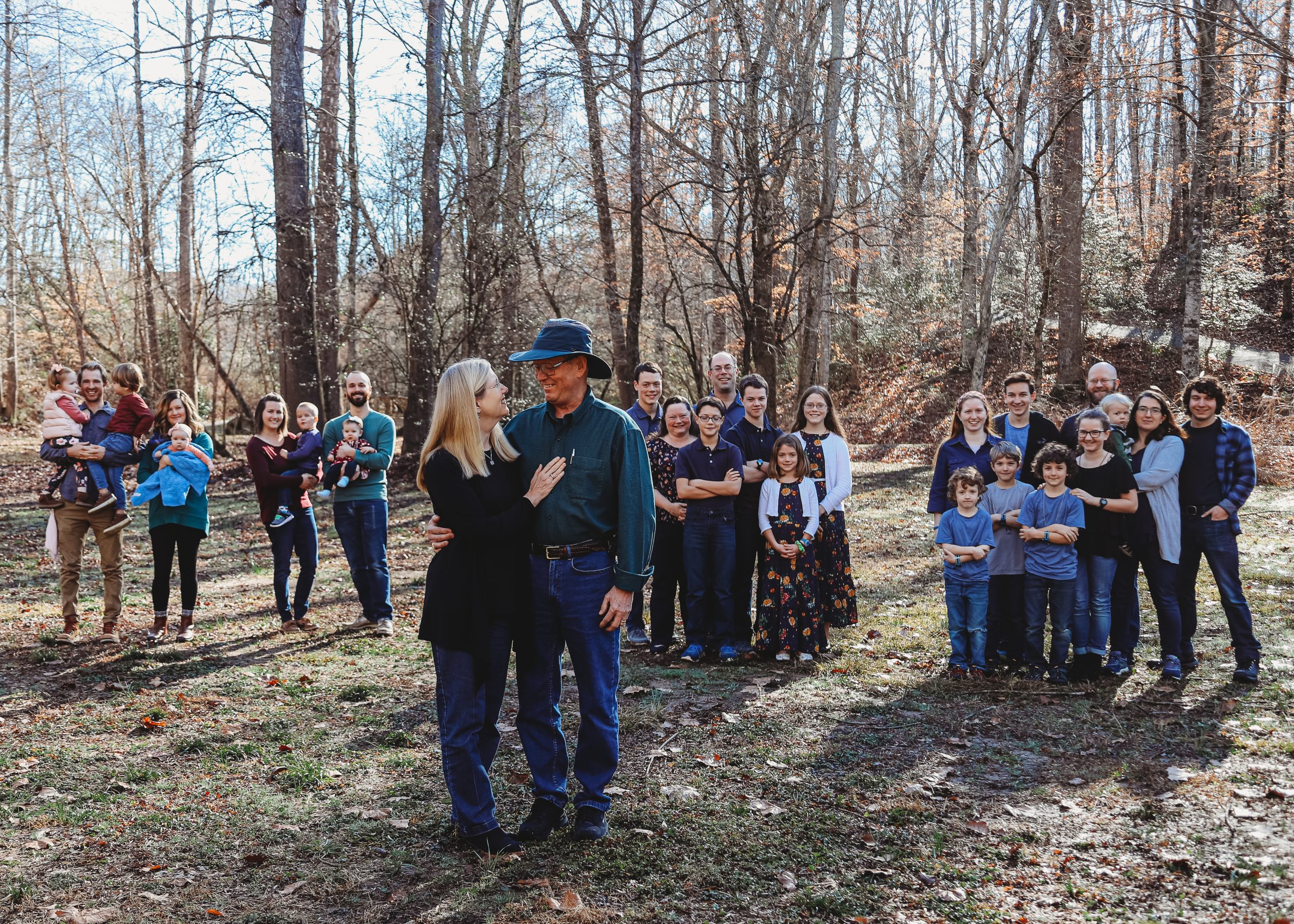 This picture was taken in 2021 with our four marvelous children with their spouses and our 18 grandchildren. What a joy! All have traveled to the Holy Land and Rome except for the smallest ones. This is what makes us tick, along with our love of the Catholic Faith and the lands of the Bible.

In 1975 Steve started a family business and built it up to 800 employees with yearly sales of $12 million. In 2007 he sold the business to devote his life to biblical studies, writing, teaching, and guiding.

The Ray’s home-schooled their four children through High School. As of Christmas 2017, all their kids have graduated university, are married, and they now have eighteen grandchildren. 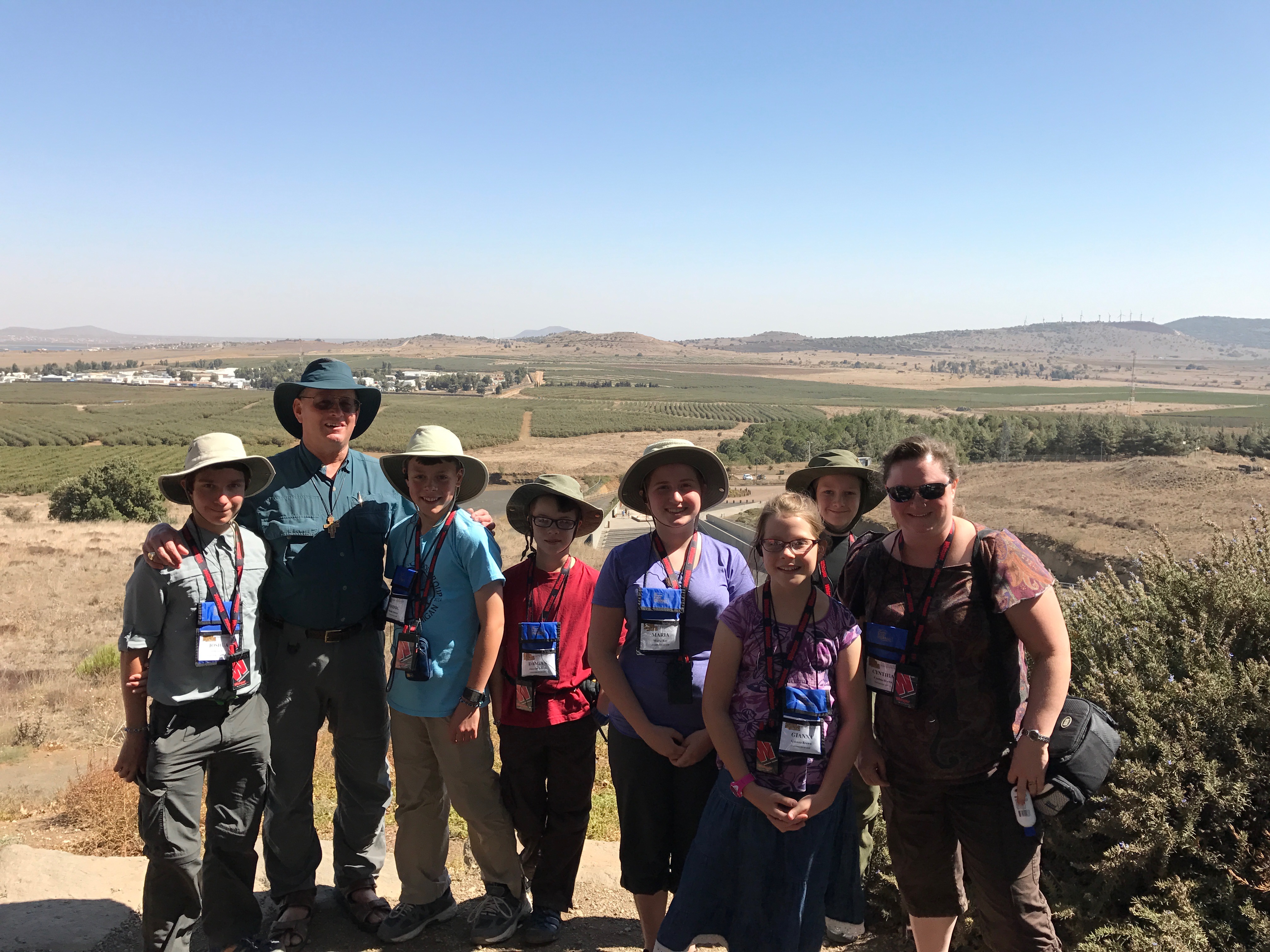 (Picture: With our daughter Cindy and six oldest grandkids in the Holy Land)

Guiding in Israel and beyond: Steve and Janet are expert guides to the Holy Sites in Israel and other biblical lands. They have guided thousands of people through Israel, Italy, Jordan, Egypt, Poland, Ireland, Mexico, Portugal-Spain-France and other locations important to the Catholic Faith. There is nothing they love more!