JUST REPORTED BY THE STATE OF ISRAEL:
“In June alone, 310,200 tourists entered Israel – an increase of about 2% compared with June of last year.

(PICTURE: Our full bus of pilgrims in June 2018. One of 8 trips this year to the Holy Land.)
“For the first time, Israel crossed the threshold of 2 million tourist arrivals by the end of June… [I]n the first half of the year, there was an increase of 19% in overall tourist entries compared to the same period last year.“

In June alone, 310,200 tourists entered Israel – an increase of about 2% compared with June of last year.” (Source: Israel Travel Bureau)< 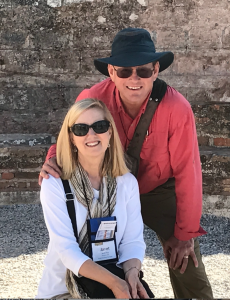 I am here to tell you that — having visited Israel over 160+ times and taking thousands of people — it a safe and marvelous and spiritual and biblical and beautiful.