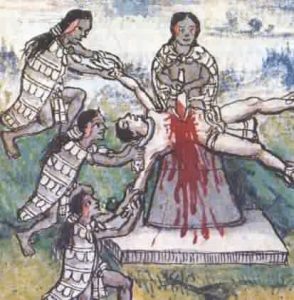 Today we visited the Aztec Temple in Mexico City. The cathedral of Mexico City was built right next to the 500-year temple.

I did a lot of study on the Aztecs and their massive human sacrifices and cannibalism. I realized there was a great tie-in with the Catholic faith, the sacrifice of Christ and abortion which is also human sacrifice. I share the history and my discoveries in this short video on location.