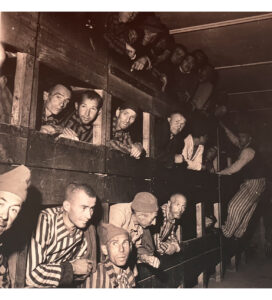 Today was a sobering day with a visit to Dachau Concentration Camp just outside of Munich. It was called the “Priest Camp“ since it is where they sent the Catholic priests. What they did to them and the numbers that died here is staggering.

We bring our folks here even though it is a very dark moment in human history, but that’s exactly the reason we bring them here. We need to be reminded what happens when we turn our back on God and the Christian worldview and understanding of personhood.

Two short articles I read on the bus:

The 20th century was supposedly the most enlightened of any and yet it was the most cruel and torturous of any century to date. If it can happen in sophisticated 20th century Germany, it could happen anywhere. 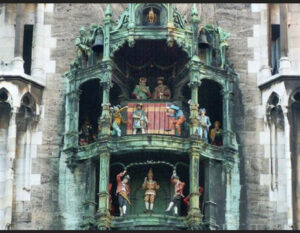 We then went downtown in Munich for free time for lunch at the Hofbrauhaus Biergarten and shopping. Then a delightful tour of downtown Munich including the glockenspiel which is really quite something to watch. Mass at the Holy Trinity Church, the only church in Munich not destroyed during World War II.

Then we had dinner at Paulaner Brauhaus. Tell me this doesn’t sound like a thoroughly German dinner: