John the Baptist Ate Them…Steve Ate One too! 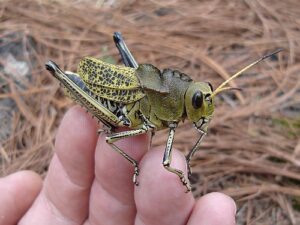 I was just on the radio and mentioned how I ate a grasshopper in the Holy Land, in honor of John the Baptist. Since we just returned from Israel I thought I would repost this blog entry in honor of John the Baptist baptizing Jesus on January 9 and my appearance on Relevant Radio to discuss this Feast Day. And to celebrate … STEVE RAY LIVING THE BIBLE IN THE HOLY LAND!

I mentioned to my pilgrims that if anyone found a grasshopper — I would eat it like John the Baptist did in the desert.  Grasshoppers, locusts and crickets were considered “clean foods” for the Israelites (Lev. 11:22).

Did Jesus eat them? Why not? It was clean food for the Jews specifically mentioned in the Bible. Leviticus 11:22 says they are “clean” and can be eaten.

Well, finding a big juicy grasshopper became the goal for many of the pilgrims. And before long I found myself with a 4 inch long wiggling insect in my hands and only a sense of humor to get me through.

I promised the group if they found one I’d eat it — never believing they’d find one. They found a BIG one. What to do?

I ate it — live and wiggling — very crunchy. Now I know what a locust tastes like and I know why John the Baptist ate them with wild honey!

Living the Bible here in the Holy Land!

Pictures 1 and 2: Birthplace of John the Baptist in Ein Kerem Israel, just west of Jerusalem. Picture 3 is overview of Judean Wilderness near Jordan River where John was baptizing. Picture 4 is a statue of John’s father Zechariah. 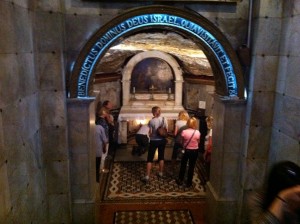 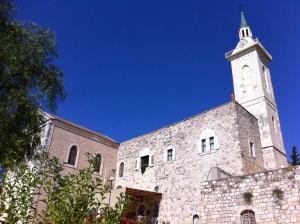 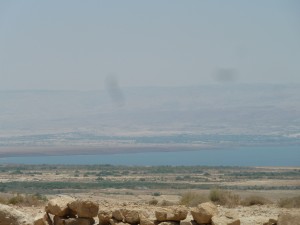