My Hike Up to Susita across the Sea of Galilee: Area of Decapolis Mentioned in Mark 5:20


Mark 5:18–21 “And as he was getting into the boat, the man who had been possessed with demons begged him that he might be with him. But he refused, and said to him, ‘Go home to your friends, and tell them how much the Lord has done for you, and how he has had mercy on you.’ And he went away and began to proclaim in the Decapolis how much Jesus had done for him; and all men marveled. And when Jesus had crossed again in the boat to the other side, a great crowd gathered about him; and he was beside the sea.” 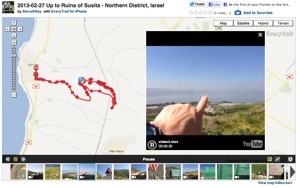 I crossed to the other side of the Sea of Galilee where Jesus healed this man and others. The Decapolis was a loose federation of ten Greek cities. I hiked up a steep mountain today to visit the one nearest the site mentioned in the Gospel of Mark– Susita (also called in Greek Hippo).

I’ve been wanting to climb up to Susita for sometime now. Today I had the time and it was a deliciously beautiful day. Hiking up the steep inclines I was again amazed at the ancient people who would build a city on a hill like that and climbing up and downwithout cars or modern roads. These were tough people back then – including Jesus and his disciples.

Susita was one of ten cities in the Greek Decapolis. The progression of possession of this mountaintop fortress started with the Greeks. The Maccabees took over in the 2nd century BC and the Romans shortly thereafter. Christians converted the pagans in the city and it ended up with four churches! The Muslims invaded and the whole thing fell down in an earthquake in the 700’s. Since then it has been ruins.

How amazing to walk the ancient basalt stone streets, to stand in the apse of the churches, to look out over the Sea of Galilee like an eagle sees it and to see the lush flowers and the blue skies. It is too walk back into history. 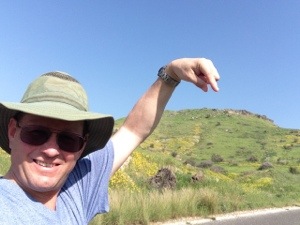 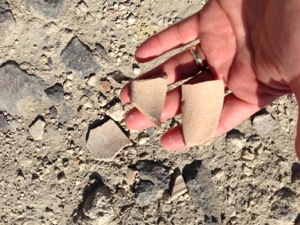 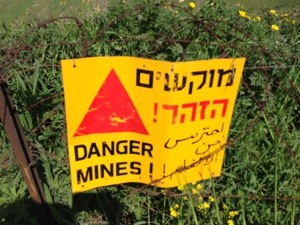 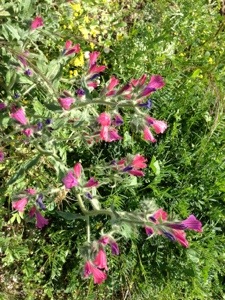