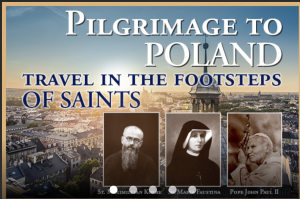 Steve joined Al Kresta on Ave Maria Radio and EWTN to discuss the Catholic country of Poland that has stood strong in the Faith through every kind of trial – including Nazism and Soviet domination.

We discuss her modern saints that changed the world: St. John Paul II, St. Maria Faustina and the Divine Mercy and St. Maximilian Kolbe who was starved to death after giving his life in exchange for another.

The interview starts at 21:00 into the hour. We also invite people to join us on our pilgrimage to Poland in August. There are less than 10 seats remaining before the trip will be sold out.

We have great Catholic guides, fantastic pilgrims, awesome itinerary, top-notch hotels and meals, and Mass at the coolest sites. 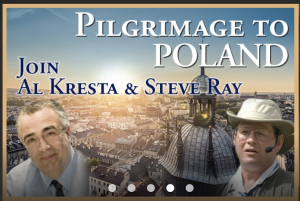