“The Longest Day” on Memorial Day in Prep for our own landing on Beaches of Normandy!


This week Janet and I are leaving for Paris France. Our group will follow us a few days later where we will be touring the Saints and Shrines of France. We will also be visiting Normandy where D-Day took place 75 years ago on June 6, 1944.

Today we are watching that spectacular movie entitled “The Longest Day” which chronicles this spectacular  battle of the Allied Forces against the Nazis. 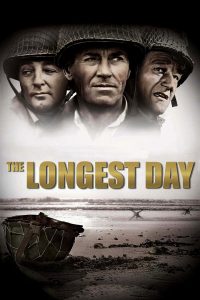 Amazing that we will be there in person on the very beaches where our men fought and died before we go to the cemetery to honor them. Makes me proud to be an American!

One scene that was especially moving was when the priest lost his Mass Kit in the river after he parachuted in. He kept diving into the river and would not leave until he found his kit it under the water.

If you haven’t seen this movie and appreciated what our country did in those dark days, I highly recommend you watch the movie. You can rent it at Amazon movies or iTunes for $3.99. I think every big star in Hollywood at the time is in this movie. 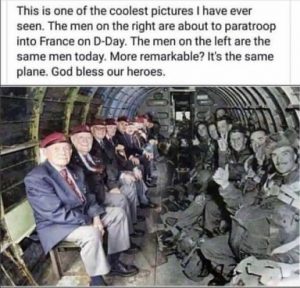