“This is what Islam teaches you?” 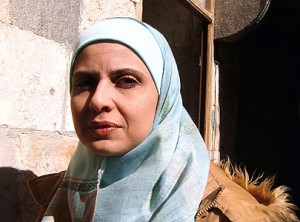 Not to long ago I was shopping with my wife. A Muslim woman was in front of us in line and arguing with the cashier. I knew she was Muslim because of the hijab around her head. I waited patiently. The cashier said, “The store says only one per customer.” The woman argued, “I want 21 so give them to me!” The cashier repeated, “I don’t make the rules, I just have to abide by them. The store says the sale is only one per customer.”

The Muslim woman started yelling at the clerk. She went on and on. Finally I said, “Lady, just follow the rules!” She turned on me like a viper and said, “It is none of your business.” I said, “Yes it is because I am stuck here waiting for you since you don’t want to follow the simple rules of the store.”

She said, “F**k you!” I was surprised and so was everyone else standing around. So I said loudly, “Oh, is this what Mohammed teaches you? Is this what we learn from Islam?”

She quickly bought her one item and exited the store. Now I am not inclined to confront people like this for no reason, but Americans have become so cowardly and politically correct that we fear ever saying what we think. We cower in fear that a Muslim or a rude person, or potty mouth might not like us or might yell at us.

All it takes for evil to conquer is for a few good men and women to say and do nothing.